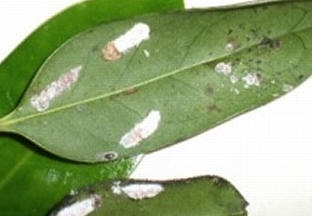 The scales are usually first noticed when the females produce an egg sac which appears to be an elongated ball of cotton. Each cottony mass contains up to 1,500 eggs. After the eggs hatch (usually in June) crawlers emerge and leave the “fluff”. The crawlers walk onto the leaves and twigs and produce large amounts of honeydew, a sugary liquid excreted by many sap-feeding insects. They eventually molt into scales. The male scales emerge as tiny winged gnat-like insects and move around in search of females. After mating, the males die and the female attaches herself to the plant permanently by inserting her mouthparts. In the spring, the female begins to produce copious amounts of honeydew and in May to early June, they begin to produce their ovisacs.

The white egg sacs are what usually attracts attention to the plant. The developing scales can produce large amounts of honeydew. Honeydew is commonly mistaken for “tree sap” dripping on cars, sidewalks and lawn furniture lying under trees. If honeydew is allowed to remain, molds called “sooty fungus” grow on the material, turning the surface a gray-black color. This is a primary indicator of a soft scale problem.

These insects suck nutrients from the trees or shrubs and can weaken and stress the plant. Leaves may appear off-color and drop prematurely.

Timing is critical and should be done during the crawler stage. Preventative dormant oil sprays may be effective when populations are low. Other treatments are necessary with more severe infestations. 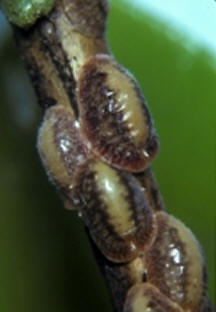 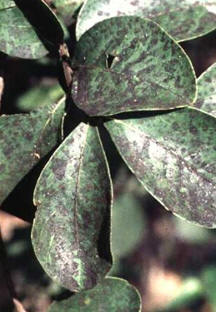